Let’s talk about nine-year-old Rangoon for a second. This sweet lady has had it rough. She was rescued from a hoarding situation, which tends to be filthy and cramped living. When the homeowner passed away, Rangoon and five other cats were liberated and brought into the care of the Cal Poly Cat Program at California Polytechnic State University in San Luis Obispo.

And now, like so many cats that have found a better life through this non-profit cat sanctuary, Rangoon is living comfy in a special foster home that can provide her with the dedicated care she needs to help fight pancreatitis and slow her advancing kidney disease. Simply put, Rangoon symbolizes the mission behind the Cal Poly Cat Program.

Since 1992, the Cal Poly Cat Program has saved cats from the streets and other rough conditions, with the program originally started as a senior project to reduce the feral and stray cat population on campus. A second senior project evolved the program into one that housed cats in need. From there, the Cal Poly Cat Program blossomed into what Dana K. Humphreys labeled “a full-service cat shelter.”

“We do adoptions. We do rescues … and it has actually expanded,” Humphreys told the New Times. “We actually go out into the community and do trapping.”

Since the program’s inception three decades ago, the cat rescue has shifted tactics when it comes to helping the feral cat population by adopting humane TNR methods, which see the community cats returned to colonies where they are cared for by students, faculty, and volunteers.

Dana got involved with the cat program four years ago when she tried to rehome a cat whose person had passed away. Finding resources limited, she turned to Cal Poly, and she’s been a part of the rescue since helping Bubba find his new forever.

“It was a good way to just get rid of stress from school and life,” said Daniela.

But Good Care Is Expensive & Volunteers Are Always Needed

And while saving cats is rewarding, it’s also expensive. And it’s not just food bills that drain the coffers. Medical care is another considerable expense.

“We have a lot of huge expenses for dental work. That could be like $1,000 to have an extraction,” explained Dana. “It’s not just running the shelter, you know, the litter and the cat food and that type of thing. It’s a lot of the surgeries and the treatments, the medical treatments that are very expensive.”

And besides cash, Cal Poly Cat Program also needs more volunteers to give their time as the holidays approach and the campus empties.

“It is kind of left to just a handful of us. We’ll take on anybody and everybody. We’ll find a position for them.”

The goal is finding the right home for every kitty, so not only has Cal Poly Cat Program “helped the community, but it’s continuing to provide more chances at a second chance at life for a lot of animals.”

The Cal Poly Cat Program has helped over 3,000 felines find their forever homes. If you’re interested in getting involved or donating to the feline cause to help kitties like Rangoon, visit Cal Poly Cat Program on Facebook and Instagram. You can also inquire via email at [email protected] 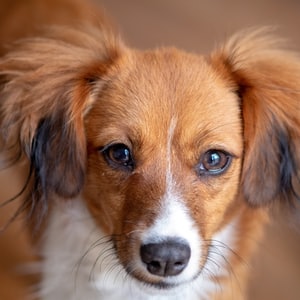 January 25, 2023 Helen Saulnier
We use cookies on our website to give you the most relevant experience by remembering your preferences and repeat visits. By clicking “Accept All”, you consent to the use of ALL the cookies. However, you may visit "Cookie Settings" to provide a controlled consent.
Cookie SettingsAccept All
Manage consent